Bull Tattoo Ideas ~ and ~The Symbolism Of The Bull Tattoo.    A preeminent symbol of success on Wall Street is the mighty bull.  The bull tattoo is the symbol of determination, a positive stubbornness, intention, fortitude, and faith. The bull also represents a strong mind. The horns of the bull symbolize the perseverance of the mind. The mind is a very powerful thing. With the mind, the intention of ones thoughts go out into the world and create reality. The bulls horns symbolize his powerful intention. It has been said that "intention is everything". That means, that the intention that you put into something creates a reality that others experience. 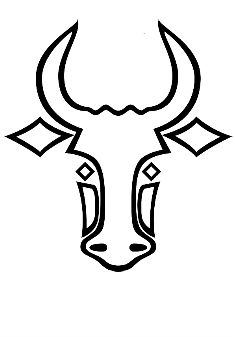 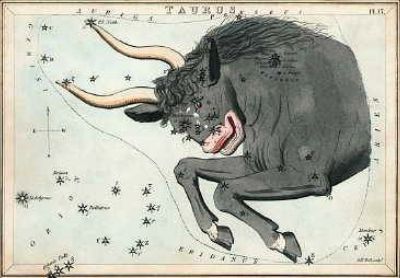 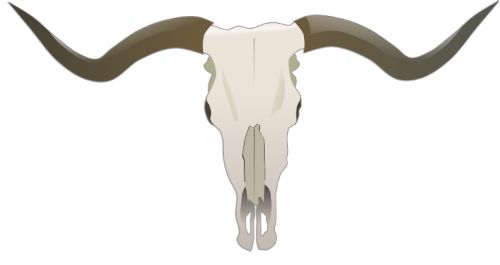 The bull is the symbol of
the powerful intention of success
If you want to set forth an intention in the world to succeed at something,
the bull is the animal tattoo to do the job

Possessing a dominating masculine aura, the presence of the bull speaks authority.

Determination is a powerful aspect of choosing and having a bull tattoo.   If you want a certain job, determination is necessary. Determination can take you to where you want to go in life and be successful at everything that you do. The bull is headstrong and will stop at nothing until it succeeds at what it wants to do. That is the same attitude we have to take in this world because nothing is simply granted to us.  A Bull tattoo idea goes a long way in aligning to determination and the attitude it takes to create success, and stay on that path.

Bull tattoo symbolism is also represented by a positive stubbornness. The bulls attitude is simply, "this is what I want", and it does not back down from that. It keeps trying till it finally gets its own way. I've heard it said that," if it were easy, everybody would be doing it". That is very true about life, so unless your stubborn about getting what you want, you probably will get nowhere. Take a lesson from the bull, and know, that stubbornness is good when it comes to acquiring that which makes you happy.  Be bold or go home ~ that's the idea!

What is it to have faith, and how do we use our faith? This is the greatest secret of the bull tattoo. How do we apply the faith of the bull to ourselves? When we look at the bull at face value we see strength, but where does that strength come from? That is the secret power of the bull, its "knowing" of its strength, but it is not physical strength that is its power. It is a strength that comes from knowing its own heart! That is how the bull connects to God, by knowing its own heart. That divine power is the very secret of the bulls strength of faith in itself.

Bull tattoo ideas symbolically tells of the faith that comes from the heart, not the mind. Divine power comes from the heart, and that is the lesson of the bull. The bull teaches us to seek out the realm of the heart and abandon the confusing and chaotic world of the mind. The mind was meant to follow the hearts decisions, not the other way around. If you trust your heart you will never fail. Difficulties may arise, that is just the way of life, but to follow the heart is the right path to truth. The faith of the bull comes from following this path of the heart. You've heard the term "bull headed". That is because the bull is convinced of what is in his heart. He allows his heart to lead every decision with a positive stubbornness, that is his strength.