Dragonfly Tattoo Ideas. . .  The symbolism of the Dragonfly tattoo radiates magic and all that magic encompasses.   The dragonfly tattoo also  represents fantasy. Fantasy is a part of life, and is an essential part of the human experience. We fantasize about everything every day. Fantasizing can be a healthy part of the growth process. The dragonfly, according to legend, was once a dragon. These dragons soared around the ancient world creating magic wherever they went, and thus influenced the mind of mortals with grand fantasy.

Symbolism of Dragonfly Tattoo:  Enchanted Realms and Lands of Fantasy. . .

Dragonfly tattoo symbolism means "the guide to all your fantasies". The dragonfly will lead you to those fantasies if you allow him to. The dragons sleep the dream-sleep of fantasy in this age, while their representatives, the dragonfly's, carry their subconscious thoughts to mortals and inspire them with fantastic inspiration. The inspiration of fantasy will change your life if you allow it to. Dragonfly tattoo meaning is to take you to your wildest dreams and make them a reality. 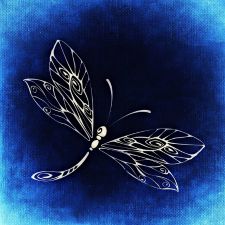 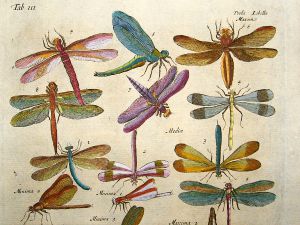 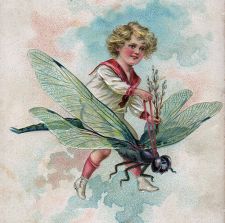 all images believed to be in the public domain

Dragonfly Tattoo Meaning ~ Connections to the Legends of the Dragon. . .

Whenever you see a dragonfly, know, that magic and fantasy are in the air. They come to bring the world of all things fantastic to your doorstep. The fantasy of the dragonfly tattoo symbol is the gateway to the magical realm. All of magic can be tapped into through fantasy. When you realize that the dragonfly tattoo idea symbolizes fantasy, the dragonfly immediately begins to take you on a journey to fulfilling your fantasies.

The dragon tattoo idea also symbolizes visions and dreams. Have you ever had a vision of something, and was sure that it was a divine message? Most of us have had a vision in one form or another. Visions are messages from the Divine Creator to put you on the path of your destiny. The dragonfly gives us visions sent by the dragons, who are divine in nature. The Creator uses many beings to send us messages, but the dragonfly is a very special kind of messenger. Dragonfly's also give us dreams that have messages in them. Pay close attention to your dreams in order to connect to the dragons!