Grasshopper Symbolism . . .    Grasshopper leaps into your midst from out of nowhere, it carries the high vibration of the mystical beauty of a free spirit...  free to do and go as it pleases, with no one knowing what the next move will be.   The life of Grasshopper is a mystery to us, he invites us to a dance with imagination.  With our imagination we can glimpse into the life and the realm of the Grasshopper, where quiet observation reveals the multiple choices of our future.   With each choice we make new dimensions open up to us.

The realm of the Grasshopper conveys a dynamic connection between the earth and the breezes that circumvent the earth, one part being totally grounded, and one part being totally free.  There is an ongoing dance of balance of having your feet on the ground, of being in tune with the energies and cycles of the earth, and having your thoughts in fanciful flight of daydreams, and your head in the clouds.  Grasshopper encourages you to dream and to put your dreams into action.

Totem Powers, Mystical Attributes, and Magic of the Grasshopper 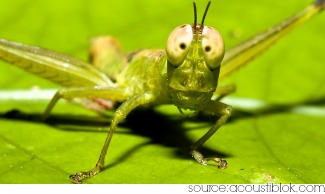 In repose, I gather wisdom in tune with the energies and cycles of the great Mother Earth

The Grasshopper spirit animal teaches observation of the dream world, and a time of pause and observation until the ideas crystallize in the mind, soul and heart.  In quiet observation the Grasshopper is shown just what to do, what steps to take.   As one ponders the dream, the dream begins to take on a mind of it's own, it seems to desire to take form and have the experience of creative manifestation.  It is here that your dreams merge with the spirit world, and things begin unfolding as if by magic, and with some unknown force aiding and giving assistance, indeed it has, this is when the Universe begins conspiring with you on your behalf.  Something is bigger, you have given life to an idea, an idea that has waited for you to aid in it's manifestation.  This is where you begin to understand the creative forces of the Universe, and the true powers of creative manifestation.  The idea you have held close in your heart springs to life as the Grasshopper leaps into action in the realm where dream becomes realization.

Grasshopper Symbolism and the Power of Pause

Grasshopper lives among the lush grasses in the field where he finds a rock to sun himself, pausing and observing as he gathers strength and power from the luminous sun, when he has recharged and refueled, filled with new vision he does not hesitate as he finds flight on the breeze, to a new experience.

The magical aspect of Grasshopper symbolism is to fly and make magnificent jumps, which imparts the meaning of total and complete freedom, soaring through other dimensions such as astral travel and quantum jumping. 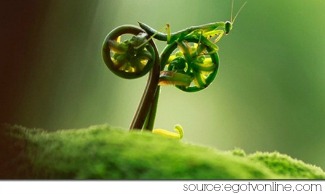 A free spirit. . . I Ride free with the wind beneath my wings

-- One of  Caine's first instructors was the blind master named Po.  Caine was given the nickname "Grasshopper" by Master Po, who favored Caine and treated Caine more like a grandson than a student.   The reference "Grasshopper"  was from an exchange where the still ignorant young Caine asked the old blind master how he could function without seeing. Po asked Caine to close his eyes and describe what he could hear.  Caine explained that he could hear the water flowing in a nearby fountain and birds in a nearby cage. Po then asked if Caine could hear his own heartbeat or the grasshopper at his feet (Caine hadn't noticed the insect until that moment). Incredulous, Caine asked Po, "Old man – how is it that you hear these things?" Po's reply was, "Young man, how is it that you do not?" From that point on, Po affectionately called Caine "Grasshopper". -- excerpt wikipedia

The young Grasshopper leaps in ecstatic joy without reason or focus, and in order to bring balance and wisdom it must anchor itself to the ground to learn the mastery of balance between the two powerful forces of energy and states of being.   The elder Grasshopper has learned that it takes many lifetimes to master these disciplines.