Hawk Symbolism. . .    The hawk has been revered through countless generations, cultures, and mythologies, for it's gift of vision and intensity. The aspects of the hawk that are the most honored are its ability to see long distances, and to have the "birds eye view" of all that it surveys.

This power, plus its ability to bring messages, made the hawk very valuable to royalty and military people all over the world in ancient times.

The hawk was seen as an extension of the spirit, and intention, capable of penetrating into areas that those on foot could not. 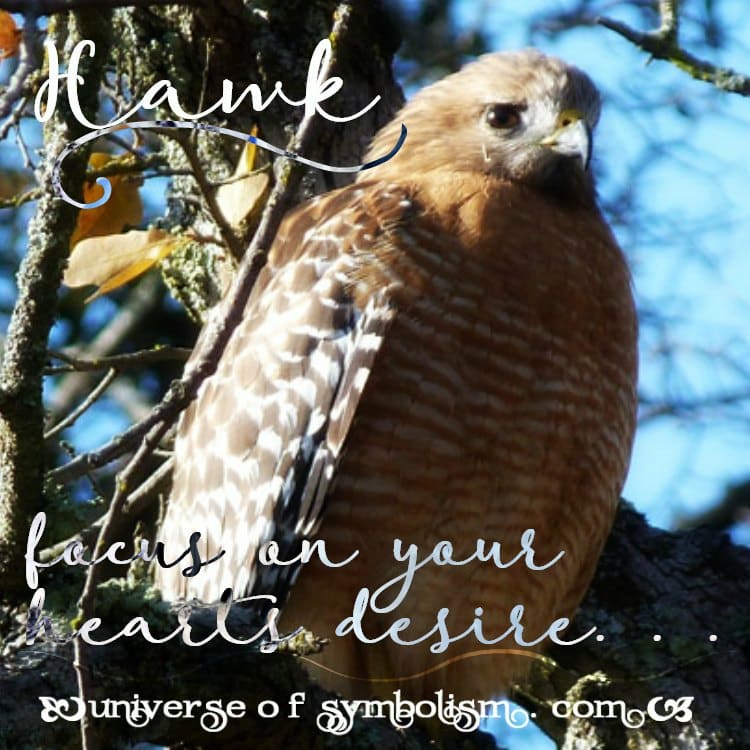 Hawk Meaning ~ When Hawk Appears for You. . .

There is an important spiritual meaning when Hawk appears for you.

Hawk is a visionary.

With his keen perception he can easily perceive threats, he may be warning you to have a "hawk eye", and be prepared to defend yourself, or your family.

Hawk as a sacred symbol may be appearing for you to guide you to a higher purpose at this time in your life, a purpose of sacred meaning for your soul.

It is up to you to spend some time alone and feel the currents of where you are being drawn, pay close attention to the things that catch your particular attention or curiosity ~ it is in these things that a much deeper awareness can arise.

Psychic Perception ~ that of a "seer"

As a magnificent bird of prey, the hawk has near razor sharp talons and incredible strength, he easily grasps and tears apart his prey.  Hawk symbolism making itself known to you can be a sign of tapping into your inner talons that hold extraordinarily power, this can be a sign for you to go after and  tear into what you want with the spirit of the Hawk. 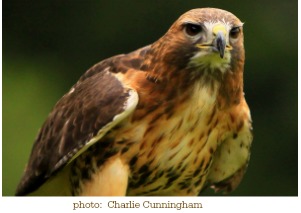 Just by looking at these gorgeous images of the Hawk, one can see the intensity of spirit that Hawk possesses.  Hawk is driven, not shy and her intentions are broadcast with every fiber of her being, she owns the same fearlessness and determination of any Lioness hunter on the plains of Africa.

Hawk symbolism speaks:  Own your power, or give it up to another.

Call upon Hawk, and liken your spirit to that of the Hawk to bring the intensity of your desire to it's fullest potential, when doing manifestation work or visualization.

Others recognize the insightful powers of Hawk in your energy field and come to you seeking counsel and guidance.   With Hawk totem power, you have the vision to see what is on the path ahead for others, or see possibilities and crossroads. Those with Hawk medicine make excellent intuitives and psychics.

Hawk has a fearless nature, he is strong medicine to carry, he taps into deep reservoirs of inner strength.  This inner strength gives Hawk the ability to glide effortlessly on the slightest of currents, drifting, soaring and diving in the invisible field of energy... Hawk is in total flow with his surroundings.

Birds of Prey and Hawk Symbolism

The red tailed Hawk usually mates for life therefore the drive to find a mate that will be your mate for life, is strong and ever present.

The drive of protection and providing the basic needs of the family are top priority.

Hawk also represents a close knit family with strong urges to "nest" with a desire to be close to family.

Quite interestingly the Coopers Hawk while a talented and cunning hunter, protects the nests of the precious Hummingbirds and their eggs in Mexico and South America.

Nature always has intriguing and curious things to teach, and Hummingbird and the Coopers Hawk have a very unique symbiotic relationship, of which the reason is still not fully understood by researchers, but nonetheless a bit enchanting.

Mystical Story of The Meaning of The Hawk. . .

"I begin the meaning of the Hawk with a story...

The hawk was perched on the side of a high cliff.

His mate was taking care of the two newborn chicks. The mate signaled the male hawk that it was feeding time, and that he must go on the hunt to feed their chicks.

So the male hawk looked out over the valley below. He saw many things, as well as a storm that had formed and created a rainbow.

He looked at the rainbow and was mesmerized by it.

He thought, I will go look at the rainbow closer.

With his keen eyes he looked closely at the rainbow.

He flew towards it thinking he would land on top of it for a closer look at the valley.

To his amazement, he just flew right through it.

He thought, I can see it, but I can't touch it, what does that mean?

Then he heard a voice in his heart saying, "there are many things that you can see with your heart, that you can't touch, but they still exist"!

He saw a rabbit, and caught it to take food back to his hungry chicks. He told the story to his mate, who took the message to heart.

She replied to him, " we knew that I would have chicks, but couldn't see them for a while, and now they are here.

We don't always understand the miracle of life, but yet life continues on its cycle.

We don't always know why things happen, but we know that it happened for a reason.

The male hawk responded by saying, "I guess the same thing goes for that which we cannot explain, like what created the rainbow, and what is its purpose".

Then it occurred to the male hawk, "there are many colors and worlds that we cannot see, but we know that they exist, because our hearts tell us they do".

The heart is a rainbow of colors that we can only feel, so you must trust your heart, and it will guide you".

He felt that everything was so much bigger than ever.

That everything was connected somehow, and he did not feel alone on the mountain top.

He felt like he could soar higher than ever.

He saw another rainbow form in the clouds, and he reached for it, climbing higher and higher into the sky.

Soon he had climbed higher than he ever did, and he realized that the purpose of the rainbow, for him, was to see beyond his already keen eyesight, to the worlds beyond this world".

Oh Majestic Hawk, Let Me Go Beyond This World, And Give Me The Eyes Of The Spirit,To See What Lies Within My Reach.