The panther is the sleek, cunning, clandestine cat of the jungle. He can appear and disappear in the twinkling of an eye! He is so secretive and quiet that you might pass right by him without knowing it, be he sees you. He studies all that enter his domain and knows their hearts.

A mystical story of the meaning of the panther unfolds in the jungle...

The panther walked through the jungle, smelling, watching, listening to all the sights and sounds around him. He thought what is on the edge of the jungle, and so began his journey. He walked for days, and soon a month would pass by when he had not reached the end of the jungle.

Suddenly, he heard the sounds of singing, and a fire through the trees. He wondered at these marvelous things and came in for a closer look. As he reached a clearing he saw native people of the jungle dancing around a painting of a panther, and dressed in clothes to look like panthers.

Then a little boy noticed him in the brush, and he gave out a yell to the other tribes people. At first the panther was startled because he thought they would do him harm, but the boy brought him food instead. He realized that the celebration was for him, and not to hunt him down.

The people were of the panther tribe and they revered the panther for his skill in the hunt. The skins they had were from panthers who had died in the forest of old age. The most sacred animal to them was the panther. They saw his presence as a sign from the gods of good luck.

Never before had a panther come so close to the village without running away. They brought him food and water every day, and he became the totem spirit animal of the tribe. While he was with them, they always had food to eat, and were protected from any dangers.

The panther became a ward and guardian of the tribe, and was always held as a shaman spirit. No disease ever entered the village from that day on and all was peaceful and happy. Panther symbolism had become like a talisman of symbolic protection for the tribe. 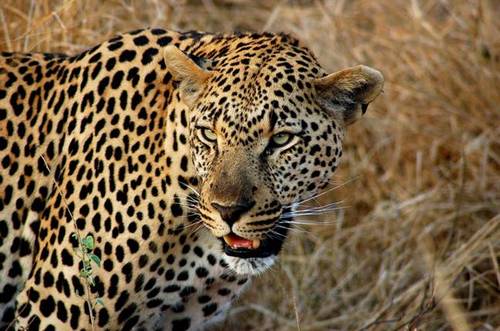 The paw print of the Panther is symbolic
of his clandestine skills... 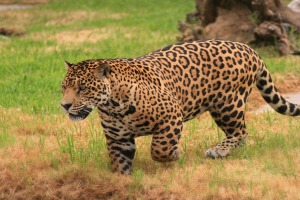 The spots of the Panther ask the question, "what makes you distinct"? What sets you apart from the rest of the world?

The Symbolic Meaning of The Panther. . .

Panther symbolism is in his paws, which are large for a cat of its size. With their big paws they climb tall trees to get a view from above. The jungle is his playground and he can jump great lengths, or pounce from above on his prey. The paws print of the panther is a symbol of his clandestine ways. He walks with great care in every footstep because every step, gives away his intention, which is his power, and he is very secretive about his power.

Through "the jungle of life" he walks cautiously and deliberately, making sure that no one is aware of his presence. He steps quietly as to not make a sound. He is aware that the slightest noise can give away his position, and thus, his secrets.

Panther symbolism is also in his spotted fur as a symbol of distinction. He is unique with his spotted coat, and each individual panther has markings unlike any other. Many specially sighted animals of the forest know them by their markings. These spots ask the question, "what makes you distinct"? What sets you apart from the rest of the world?

Panther Spirit Animal and The Power of Solitude. . .

In solitude, the panther finds its strength. When it is alone, it has the time to sort out its own feelings from the intentions of others, and recognize his power. He realizes that he has all that he needs in life to support him. He knows that he cannot rely on any of the other animals in the forest, and especially not humans.

According to panther symbolism, we find that the panther has been given many gifts, one of the gifts are to be secretive, which it does very well. Panther is so self sufficient that he is fully confident that he can support himself alone, which adds to the power he finds in solitude. In this "secret solitude" panther looks to ancient spirits of the forest to be his support, rather than other earthly creatures. In so doing, panther hears secrets that he alone will know, and sets him apart from the other forest dwellers.

When panther hears the secrets of the ancient forest gods, he immediately hides that knowledge away. This is his power. He is clandestine in that everything he does is to protect his secrets, and when he walks the jungle, it is his secrets that he is protecting. It is more spiritual secrets that he is on the hunt for! Another aspect of panther symbolism is that to do this successfully, he has to be as clandestine as possible, because everyone would seek to take his spiritual power if they could.

The Magic of The Panther, The Stars, Truth, and Visualization . . .

Part of panther symbolism is magic, in that when he seeks guidance from the old jungle spirits, and they speak to him through the stars of the night sky. When panther looks up to the stars, he senses the presence of the ancient ones who are always watching. They speak to him eternal words that connect him with the divine. When he feels alone, he looks up at the countless millions of stars, and senses his family of ancestors looking down from above guiding his every thought.

These ancient spirits tell panther the truth, about himself and about others, and his relationship to the universe. As panther listens to his elder ancestors of the past, he has to lay down his own thoughts of what truth is, and make room for truth that is outside of himself. It is when he looks to the guidance of his predecessors, that his heart genuinely becomes humble, which is the prerequisite to truth itself.

Held within Panther symbolism is the power to see things when he seeks his ancestors from the star jungle. The ancestors "show" him things in his mind. He visualizes these things, and the words they speak, and the connection is made between the physical world, and the spiritual world. He constantly visualizes these things in his mind to remind himself of what is most important. He learned to visualize from his star family, and practices how to hunt with his mind. In this way, he is always ready when the time comes for anything.

If Panther is your totem animal, it is helpful to understand the Black Panther as well.  totem info on wiki

Oh Panther of Eternal Solitude, Teach Me To Be Quiet,
and Find Strength in the Wisdom of Truth.