Raven Symbolism ~ Meaning & Medicine
"the black winged messenger from beyond"

Raven Symbolism . . .  "With wings black as night, black as coal the Raven is a messenger from another world.  When it makes it's presence known for you, you are about to receive secret knowledge, knowledge that will benefit you greatly particularly if you engage in the craft of magic or divination arts."

The Raven has a longstanding reputation for being of the magical persuasion, having magical abilities and bringing the craft of magic to a situation.  Raven is a symbol of conspiring with the Universe, and all of the magic that it holds.

Raven has a penchant for collecting shiny objects, as if they were his tools of divination.  Raven is also adept at solving puzzles, as he is known for his intelligence and ability to learn quickly and apply his knowledge to difficult challenges.

The Raven is crafty and inventive, using all that is available to him.

The Raven can be intimidating and it's sudden and surprising appearance let's you intuitively know "this bird has a sign for me".

Indeed the Raven is similar to the Crow, but he is most assuredly unique.   He is larger than the Crow with a deep full-throated croak, and he commands your attention.

The spiritual meaning of Raven symbolism is to know that magical forces are presenting themselves for you... When magic is near the Raven appears. 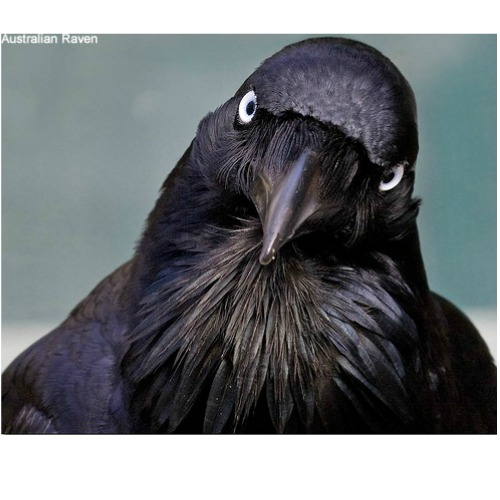 Raven is a symbol the mystical ways of the Universe

The Raven is distinguished from the Crow by it's size, the shape of it's beak, the wing formation and it's call.  The White Raven is very rare and symbolizes spiritual cleansing.  White Raven symbolism also includes finding a white Raven feather which is a sign that benevolent forces are here to help you, the angels have heard your prayers and are working in the background on your behalf, it could also be a sign from your dear departed loved one.  To find a white Raven feather brings wonderful blessings keep it in with you always as a reminder of beautiful possibilities.

You have a mysterious and radiant force that surrounds you, others are drawn to you yet may fear you at the same time, they do not know what they fear about you... alas it is your power and knowledge of the unknown that they fear most.  If Raven is your power animal, you embody the energy of Raven symbolism... mystery, secret knowledge and alluring mystical attraction. When Raven is your spirit animal, you will be at the very least intrigued by the mystical ~ magical ways, for which there is no explanation... albeit perhaps in secret.  At most you will be a practitioner with well developed skills and a cupboard full of magical items, known by others to be skilled in the mystical and shamanic ways.  Just as the Raven collects shiny objects, you collect tools of divination, as you see their intrinsic value, and you are drawn to the power of ritual and the magic it envelops.  Others come to you for your magic, perhaps to see the future or to divine a path for success, or perhaps to be advised in matters of love.  You have the gift, or the ability to evolve into a great mage or shaman.   You hold great responsibility if you are a practitioner of shamanic magic, you must be discerning in how and when to use the magic and only use it for outcomes that will benefit all involved.  Be warned, great amounts of karma will accumulate for those involved in magic for the wrong purposes, and Raven could also be a messenger that karma is being measured.  Raven does not deliver the karma, the Badger is one of the animals that delivers karma, but it is the Raven that announces that karma is underway.   If Raven is your power animal, get to know the powers of the Badger for understanding boundaries and get to know the Panda to understand the laws of patience and timing... all of which are critical elements in the realm of magic.

I think you'll love more about the Raven in this video by Laura~ enjoy!

Iridescent beauty shimmering shades of indigo and velveteen feathers, Raven is connected to the great mystery of the Universe, where all potential exists, bringing the formless into form.  Bringing ideas and dreams into reality.  Everything ever created or built was first created in the imagination.  To create something one must first go into the realm of possibility - the great sea of cosmic darkness, forming ideas from which your ideas can begin to take shape.  Creative potential is the great gift of the Raven.  Call upon Raven to tap into the infinite sea of creativity that flows in and through all things.  Call upon the Raven to seek messages, signs and confirmations from the Universe.

When Raven appears for you in Dreams and other ways. . .

If you dream of Raven or if the Raven makes itself known to you... it appears for you to remind you that you have a choice in all things, perhaps you are not seeing the hidden potential within yourself.

There is a magical unexplained force within the cosmos, it hold the potential for all things, and it's power is accessible for those who go beyond the fears that hold them prisoner in their false illusions that something is holding you back.... the only thing that holds you back is fear.

Raven is one of God Apollos messengers, the Raven would go out into this world and beyond to find information and swiftly return to advise Apollo.  What advice from the Gods have you been seeking?  Call upon Raven to bring clarity out of the darkness.

Raven symbolism also includes references to mystical beauty, hence the phrase she is a raven haired beauty... the Raven may be bringing the message to be on the watch for one with Raven hair that has something of value to bring to you... information or even romance.

Stories about Raven Symbolism from our readers:

3.22.17 I dream of a Raven a couple, and they had a white egg in their claw and with their wings they invite me to pick up the egg because it was a gift from them to me. I just say thanks and I wake up, with joy all over my heart.  Lorraine