Leopard Symbolism ... by Presley Love
"Leopard is one of the most fascinating animals, and an extraordinarily powerful totem.  We are drawn to him, captivated by watching him and we seem to be hypnotized by his presence."

Possessing an energy of sublime knowing

Leopard is elusive and so very mysterious, and both male and female Leopards have held the court with kings and queens in myth, legend, art and literature from ancient times to this day, and for very good reason.

Alas... the symbolic meaning of Leopard has much to share with us about the magic and mystery of this gorgeous big cat.   Leopard is often called Panther and also called Cougar in some areas as well, but Leopard is a beautiful species of large cats unto itself.  The Leopard lives in Africa, and looks almost identical to his cousin the Jaguar who lives in South America, however the Leopard is an average of 100 pounds, much smaller than the Jaguar at 200 to 250 pounds.  These distinctions give Leopard symbolism unique qualities.

Leopard shares the symbols and energies of:  Physical Strength, Sensuality 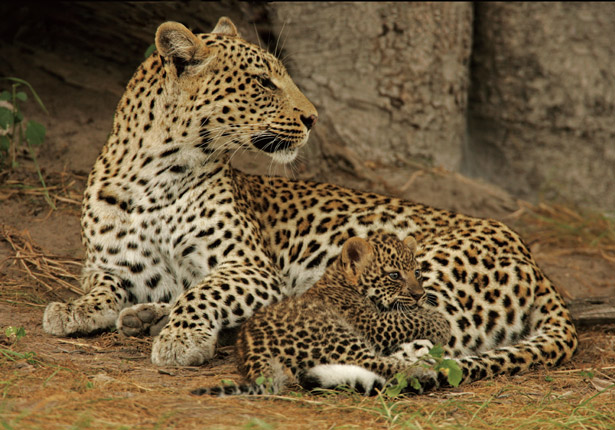 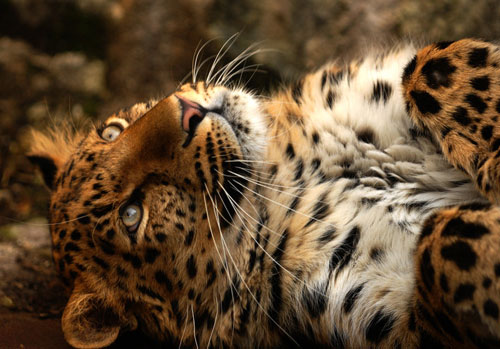 Leopard is the fiercest of the big cats, and like Artemis the Greek Goddess reigns as the archetypal hunter... they each carry the energy of a warrior god or goddess, always on the hunt.  And so it is that Leopard meaning brings special messages to you if she has appeared for you, or if she is your life long totem.

Leopard symbolism comes bearing the message that the time has come that you must now tap into your own innate hunting nature... whatever it is you are desiring you must awaken the hunter within to obtain it.  You must go after your desires with fury and passion, you must lay down your fears and become the fierce hunter.  The time is now... as you open to this energy you will find latent skills of the hunter awaiting you deep within your DNA, these skills have been with you all along... but it is you that must call up these powers, the powers of stealth and deep desire... desire enough to hunt down and fight for what you want... this is the passion of the Leopard.

Leopard Symbols ~ Having the Heart of a Leopard

Leopards heart is of the jungle and the desert, she can be very near and keeping a watchful eye on you and you will never even know she is there.

Leopard spirit animal carries the symbolic meaning and energy of privacy.  If you feel the presence of Leopard in your life you will have a great need for privacy, and you will keep a keen eye on your surroundings at all times.

You will find Leopard power animal high in a tree when she is not hunting, lounging on a branch her tail swaying almost flirtatiously.  Leopard is a gorgeous representation and symbol of sensuality and feminine mystique.

Leopard symbolism also conveys great physical strength as she can carry her kill which weighs two times her own weight,  high up into the tree where she keeps it safe from other predators.  Use this spirit energy of the Leopard to know when you need to keep your knowledge or possessions private.

The Secrets of The Leopard Totem...

Hiding among the trees and using the darkness of night, symbolic meaning of Leopard is that she is secretive in all that she does and is therefore a wonderful talisman and symbol for secrets and the need to keep them.

She is the queen of the night... she hunts by night, loving everything about the night, her prowess and powers come alive at twilight, and her magic is illuminated by the star filled sky.  Leopard symbol uses the cloak of darkness to give herself great advantage in her quests.

You will find that your personal magic, your talents and creativity come alive at night, you would benefit greatly by doing your creative work at night if Leopard totem spirit animal is appearing for you.  Always do your sacred ceremonies and rituals by night... outdoors under the stars whenever possible.

Spiritual significance and meaning of Leopard symbolism... Leopard has long been a totem of the Shaman and medicine people of ancient tribes.  You are being guided to explore or expand the path of the Shaman, there is much for you to experience and learn.  Leopard symbols can help guide you on your shamanic path and vision quests leading you to greater understanding of your true identity and life purpose.  You might be interested in the Snow Leopard too.

Leopard Meaning ... reminds us to become the hunter