Lynx Symbolism...    by Presley Love
"Lynx is the master "seer", gifted with the abilities of "second sight" possessing the ability to see through solid objects and into other dimensions... and Lynx has the sight to see into the soul of someone, to see the thoughts and intentions without a word being spoken..."

Lynx is the Seer of Secrets

Lynx power animal can "hear" your thoughts... Lynx has tall tufted ears... they have evolved to have the ability to perceive and pick up the silent thoughts of others through vibrational energy. Many are uncomfortable with this rare ability...

Lynx spirit animal knows the truth and the heart of others, because of this Lynx chooses to be alone a great deal of the time ~ knowing the truth connects Lynx to Great Spirit and this is sustaining and brings great purpose.

Lynx totem animal is comfortable with who she is and needs no one's approval but her own. 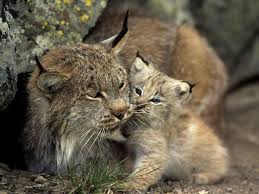 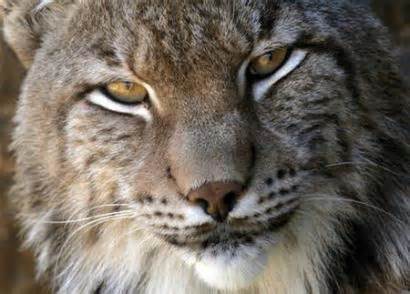 The mystical lore of the Lynx Spirit Animal...

Lynx symbolism Native American culture and lore.... Lynx spirit guide has developed the gift of second sight and vibrational perception through the training of observation... this is the first step of a shaman initiate or the first lessons in mystery schools.  Lynx totem has mastered these abilities and is appearing to teach you these gifts, to expand your abilities...  surrender and allow yourself to be ready for expansion and evolution in these areas.

Significant spiritual meaning of Lynx symbol comes from Norse mythology, as Lynx was a familiar and a companion to Freya a Norse warrior Goddess, many times leading her chariots, together they won their battles with their gifts of vision and foresight.  Speaking of Freya, you might like my Freya tattoo design.

Lynx Spirit Animal and The Gift of Knowing

Lynx spirit animal is very, very quiet, but when Lynx speaks ... listen.  She is on oracle, having the gift of knowing and speaking the thoughts of others, and having the foresight of their actions.  These are supernatural powers, held only for those who have earned them.  Listen closely to the Lynx totem... "Listen closely to your heart" Lynx symbolism teaches, for therein lies the truth of all things, the wisdom of eternities.

Snow and the Ancient Powers and Symbols of Lynx

In the Himilayas the Lynx is called the "ghost cat", as it is so elusive it never shows itself.  The true power of the Lynx spirit animal is heightened with the onset of winter, at this time Lynx goes on a solo expedition.  Lynx beautiful white coat blends in with the snow, he becomes one with the energies of winter and snow.

Lynx bounds effortlessly through the snow, with big fluffy feet like snowshoes it seems to delight in the romp and play of everyday living and catching it's feast.  Lynx has an appetite for the Hare... The Hare being it's absolute most favorite dish...   Alas, Lynx totem brings the symbolic meaning and message to balance your work and your play, have fun while you are doing all that is necessary, each day is precious and should be enjoyed to the fullest possibility.

Spiritual & Metaphysical Powers and Meaning of the Lynx ~ trusting your instincts

Additional symbolic meaning of the Lynx.... Lynx is mysterious and sultry, she knows the power of silence, the power of words and uses words like a magic potion.   She can craft her words into powerful spiritual healing chants and ceremonies... she is a spiritual healer. Thus, Lynx totem brings great spiritual influences into your life, you can call upon Lynx symbol to walk with you as a healer, to show you the healing ways "felt"... connecting to and seeing the realm of infinite energies.

Iberian Lynx symbolism teaches us that the instincts of the Lynx are precise and electric, she anticipates the movement of others with uncanny accuracy... she teaches you to trust your instincts, begin doing movement exercises like tai chi to develop your abilities, your abilities will awaken and advance quickly if you move from your center, your solar plexus.

Lynx ~ the gift of knowing 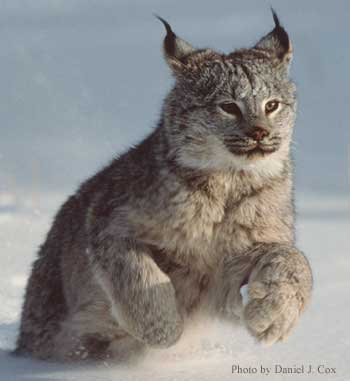