"The Dolphin delights all of our senses and brings healing energies to mind body spirit, the magic of this spirit animal is it's advanced communication and intuitive abilities... Dolphin is also a global ambassador of Peace on Earth" 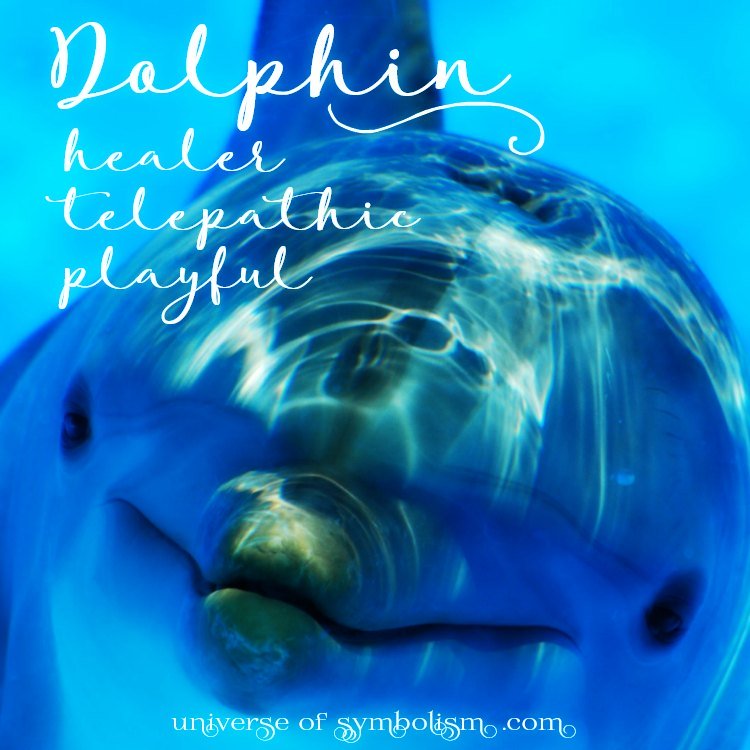 The mystique of the Dolphin spirit animal is her delightfully charming energy with a playful spirit and a flirtatious smile, she seems to invite you on the adventure of your life, and perhaps you wonder if she is a mermaid in disguise!

The ancient Greeks saw the Dolphin as a blessed symbol of the sea, a messenger from the Gods.

The Dolphin has always been a spiritual ally to man, there are many tales of Dolphins helping people who have been stranded at sea.

Dolphin spirit animal take us on a mystical journey to the lands of Atlantis, where we can connect with the true essence of who we are, and our limitless possibilities.

What is the meaning of the name Dolphin?

According to this explanation, the ancient Greek word for dolphin is related to the word delphys (delphus) meaning 'womb'. In fact, in ancient Greek, the word 'delphus' means both dolphin AND womb. ... That is, that a dolphin got its name by virtue of it resembling a womb.  source:  Dolphin Communication Project

Is it good luck to see a Dolphin?

Dolphins are considered lucky in many different cultures. For Native Americans, the dolphin is a symbol of protection, and its image is said to bring good luck. source:  National Wildlife Federation

What is the personality of a Dolphin?

The Dolphin is social and playful seeming to always be laughing and smiling. Dolphin is also helpful to people.

Some Interesting facts about the Dolphin:

Compared to other animals, dolphins are believed to be very intelligent. The Killer Whale (also known as Orca) is actually a type of dolphin.

Bottlenose dolphins are the most common and well known type of dolphin.

Dolphin Video:
Here's What We Know About Dolphin Intelligence

Throughout time, the Dolphin totem animal has had an angelic altruistic nature, and we have always been drawn to the Dolphins energy in trust, seeking companionship and communion with their pure spirits.

Dolphin symbolism remind us of who we truly are, spiritual beings belonging to a magical and mysterious immense universe where all things are possible.

Dolphin spirit guide stirs a deep symbolic recognition and memories of life on far away lands, in the distant past.

The Dolphin possesses a feminine mystique, quite like a beautiful woman, reminding of us the tales of mermaids and the lost worlds of Atlantis and Lemuria.

The Dolphin spirit animal is the ambassador from Atlantis, the land of enchantment and dedication to spiritual path and study.

Being in the presence of the Dolphin power animal  awakens something stored within our DNA, an urge to realign to the true nature of our race, living in harmony with all life.

Dolphin is an emblem of living our true purpose of living a creative life, filled with joy and fulfillment - living a life on purpose and contributing to the greater good of all.  Dolphin reminds us that this is indeed possible.

Dolphin also holds the meaning of great intelligence and higher communication.  Dolphin lives in the realm of the deep blue seas, representing truth in communication, intuition, psychic abilities and telepathy.

Dolphin is a spiritual messenger to enjoy the moment, this moment will never pass this way again, every moment is precious and offers deep connection to the spirit realm if we but open up to it.

When Dolphin symbolism appears for you it is an invitation to take an assessment of your life, and your connection to spirit.

When Dolphin  is your Totem Animal

Dolphins healing energies come from a love of being of service to others, they exude healing energy at all times.

Many have traveled far and wide to spend time in their healing presence.

If Dolphin is your totem, you are a healer with a natural ability to heal the wounds of spirit in others, and in animals.

Use other energy tools: crystals, sacred waters, sea salts and shells to amplify the healing energies of the Dolphin being transmitted through you.

The magical powers of Dolphin Symbolism

The supernatural and magical powers of Dolphin are the abilities to travel to unexplored lands, through portals of time and space.

It is here that your personal gifts and magic abilities all your own will be revealed to you.

The magic of Dolphin in your life will feel infinite and ever-expanding, just like the possibilities she presents... 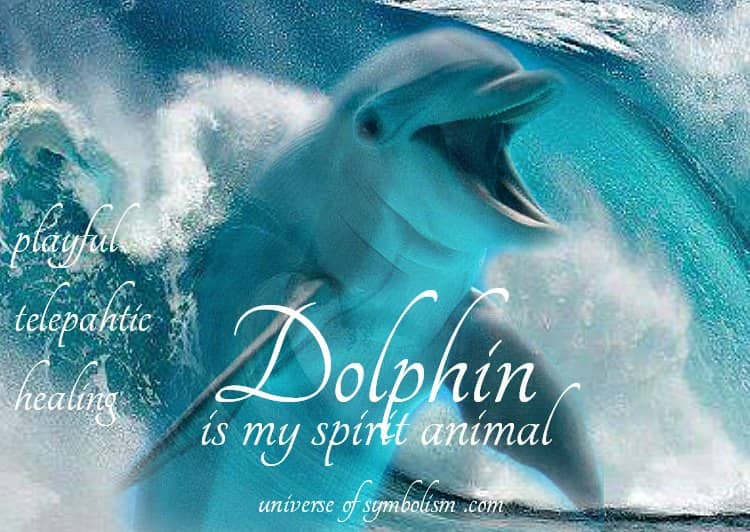 Dream Symbolism of the Dolphin

If you are dreaming of the Dolphin you may be being called to a deeper dedication to your spiritual path, perhaps a healer or a muse to your intuitive gifts - these intuitive gifts may be needed at this time to convey spiritual meaning and solutions to others and to the planet.

When you dream of the Dolphin it is a sure sign that you have telepathic abilities that need to be developed.

Dolphin dreams represent having a very strong and loving pull that feels the need of completion from deep within, you are ready for initiation into a higher state of being if you feel the strong pull from Dolphin energies.

If you are desiring a deeper connection with the Spirit of the Dolphin, visit the ocean, walk barefoot in the water, feel the waves, or surround yourself with pictures and items from the sea, and statues of the Dolphin.

Plan a sacred trip to visit the ocean, a quiet ocean away from others.

If you want to awaken the Spirit of the Dolphin Totem within you there is no greater thing you can do than to get-away somewhere where you can visit the Dolphins in their own environment… the ocean.