The animals powers are often referred to as "medicine".

The word medicine in this context are the meaning of the powers, attributes or spiritual healing energies and powers a particular animal can share with you, or that you can learn from, and ask to guide you. 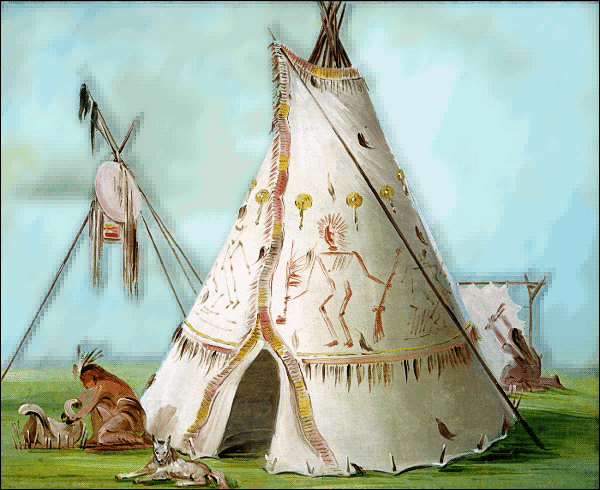 Every tribe had their own unique symbolic meaning with subtle differences for different animals, birds, aquatic life, reptiles,insects, plants etc..    Native American tribes have a deep and mystical connection to Mother Earth and all that lives on her.   I am of Blackfeet decent, and as soon as I became aware that there were totem animals, power animals and spirit animals I was hooked.

To realize that every Native American animal symbol had a different meaning captivated my attention and my imagination.  Every time I crossed an animal in the wild the first thought that came to me was .... what does this animal mean?

That introduction to animal totem meanings ignited a passion in me to learn not only about the animal meanings and symbols, but to learn about the symbols and meanings from everything hidden in plain view all around us.  I have found that it is easier to begin to remember the traits aka "medicine" of the animals when I start with a brief description of the animals medicines.  Then I am ready to learn more about the totem and spirit animals after I have gained some initial recognition of the animals meanings and symbols.  Therefore I created this list so that you may have a resource to gain immediate and simple understanding for the Native American animal symbols and their meaning.  If you want  to make a deeper, more complex connection to any particular animal, just click on the links for each animal, there you will find messages and medicine powers that the animal spirits have spoken through me.

List of Native American Totem Animal Meanings  "A thru C"

Anteater  ..... Seek opportunity, resources are hidden but near

Armadillo .....  Prepare to defend and protect

Badger   ..... Boundaries, know when to be aggressive

Bear  .....    Strength, and perseverance to carry out a vision or a mission

Bighorn Sheep  ....  Conquest, conqueror, and king of the mountain

Cow ....   Peaceful, docile, and to roam and meander far and wide